And so, does PMSH have the nuts to pull federal funding to the largely undeserving political parties, his own included I might add?  Or will we see the return of Le Petit Gars, puppet mastering Iggy into the leadership of the Lieberals to form a coalition (what?!) of dippers, bloquistes and mobsters in order to drive the ship onto the rocks?

Does anyone for a moment believe that an unholy alliance of desperadoes comprised of a bankrupt (and thus even more susceptible to enticements) former natural ruling party (NRP), the party of ‘working’ Canadians (AKA: ‘drunken sailors in a bank vault’ ) and a party of secessionists dependant upon the despised federal teat for their very survival could agree on anything other than to figure out ways to spend money even faster than the ‘onservative’ party has already done?  And yet folks in the Annex are getting that shiver up their legs – they smell weakness and the prospect of a coalition government.  Apparently even the Liberal cheerleaders at CTV can’t bring themselves to imagine a successful coalition.

or you might just wind up with one of these….. 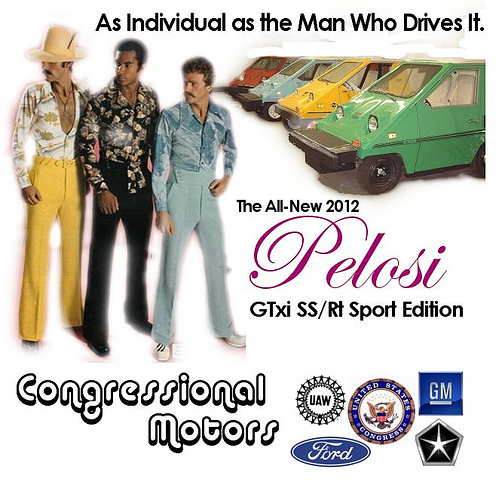 Worth pasting in its entirety…..

Hard choices? Give me a break.

In the wake of Mellissa Fung’s release, the Canadian media have indulged in a quite the frenzy of navel-gazing: what an ethical quandary they faced, whether to report the kidnapping or not. Forests have been felled to print the papers, seams of coal have been mined and burned to create the electrons for broadcasts as journalists across the country agonized over their collective decision to hush things up. The Globe & Mail’s piece is representative of that analysis:

The argument raged for weeks in the dingy newsrooms and dusty Afghanistan bureaus of major international news organizations: What to do about the case of Mellissa Fung?

Fragile negotiations for her release could be instantly derailed by any publicity, the public broadcaster, the military and the Prime Minister’s Office argued. Headlines might doom Ms. Fung to extra months of captivity, if not worse.

Panicked kidnappers could simply kill her to dispense with the danger of a raid by special forces if the incident became big news.

I’ve already weighed in on whether the decision to hold the news was a valid one, and on the hypocrisy of the decision as well.

But when it comes to the Canadian mainstream media vocally telling all of us just how hard it was for them to decide what to do, I have one more thing to say: shut up.

You want a difficult decision? How about the platoon commander who decides which of his soldiers gets point on the next patrol? Or which young soldier for whom he’s responsible, with whom he’s trained for months if not years, goes first through the door of the insurgent’s safe-house? Or the commander who has to decide whether to attack now and risk casualties, or attack later and risk letting the decisive moment pass? How about the captain who has to live with ordering his XO to board an unknown vessel unarmed, regardless of the consequences? Or the SAR commander who has to balance the lives of his crew against the lives of those he’s tasked with rescuing? Those are tough decisions.

But you know what CF members don’t get that journalists do? The soapbox of a self-indulgent national media that can talk about what it wants, when it wants, how it wants. So to all of you editors and producers sitting in plush offices in Ottawa and Toronto and Montreal: there are people – not just in the CF, but especially there – who make tougher decisions every day than you’ll be asked to make in a lifetime.

Get over yourselves already.

90 years ago the Great War for Civilization ended at 11 minutes past eleven o’clock.  My Grandfather James served for four years defying the odds.   He was born in England, emigrated to Canada at the age of two, and like many of his peers, he thought of himself as a citizen of the Empire.  Thus it was no surprise that upon declaration of war in August 1914, he returned to England and commissioned into the local regiment, the New Army 6th (Service) Battalion (Pioneers) of the East Yorkshire Regiment (later amalgamated into the Kings Own Yorkshire Light Infantry).   Following training his battalion was tasked to Sir Ian Hamilton’s Gallipoli force, landing at Sulva Bay 7 August 1915.

After seeing action at Teke Teppe ridge he was invalided out to England and recuperation.  In 1916 he opted to join the Canadian Artillery, specifically the seige artillery and remained as an Artillery Officer for the remainder of his active and later reserve service.

Granddad never spoke very much about the things he had seen and done, he preferred to keep quiet – perhaps because the horrors were too much for an inquisitive grandchild, or perhaps out of respect for those who paid the ultimate sacrifice.  Tomorrow I will think about the kind of man he was and how grateful I am that, because of his and the sacrifice of those who paid the ultimate price, we live in a free country.

It seems that the discredited Canadian Human Rights Commission is striving to regain its public image by laying a wreath at the national ceremonies of rememberance.  In their press release, the CHRC spouts absolute crap:

“The wreath will be placed by Chief Commissioner Jennifer Lynch, Q.C, to commemorate the 60th anniversary of the United Nations’ Universal Declaration of Human Rights. Throughout our history, Canadian soldiers have served to promote and protect human rights and freedoms and to uphold universal values of dignity and justice. The Commission will pay special tribute to honour the men and women who have served so valiantly to uphold Canada’s commitment to universal dignity and justice – values that transcend cultures and traditions.”

My grandfather (1892 – 1976 / East Yorks and CGA) sure as hell did not ‘serve to promote and protect human rights’ at least not as they are imagined by the CHRC.  He fought to ensure that the Kaiser’s soldiers didn’t get to retain the swath of Europe they had laid hold of and waste to.  He was a true soldier of the Empire and post mondern ‘institutions’ such as the United Nations and self serving clubs such as the CHRC, he had nothing but contempt for.

This attempt to hijack history and turn the sacrifice of our soldiers into some sort of homage to the UN is disgusting and must not be allowed to stand.  Contact your MP and the Minister for Veterans Affairs.

Whenever I visit Kansas City, the first thing that comes to mind is steak.   Something about this city transforms me from an (occassional) calorie counting diner into a steak glutton.