Or why I love the onion…

“Silversun Pickups generated more Smashing Pumpkins comparisons than any band this side of Zwan with their 2006 debut Carnavas, and whether or not it was justifiable, it was certainly understandable. But in the manner in which these things usually work out, such hyperbolic comparisons helped the Silver Lake band way more than it hurt them….”

Retro:  The Jam,  ‘That’s Entertainment’; and

Long Song:  The Tragically Hip, ‘New Orleans is Sinking’, from the album That Night in Toronto

Oops.  Either it’s time to buy newspaper stock on the theory that it can’t get much worse, or maybe its all over.

Newspapers’ financial woes worsened in the second quarter as advertising sales shrank by 29 percent, leaving publishers with $2.8 billion less revenue than they had at the same time last year.

It’s the deepest downturn yet during a three-year free fall in advertising revenue — newspapers’ main source of income. The magnitude of the industry’s advertising losses have intensified in each of the last 12 quarters.

The numbers released Thursday by the Newspaper Association of America weren’t a shock, given the dramatic erosion mirrored the advertising losses that the largest U.S. newspaper publishers already had reported for the April-June period.

Still, the statistics served as a stark reminder of the crisis facing newspapers as they try to cope with a brutal recession and advertising trends that have shifted more marketing dollars to the Internet.

As far as I am concerned the parochial print and TV news media can’t die off fast enough.  Recently a couple of news items have highlighted for me exactly why journalists are out of touch with the real world – a complete lack of professionalism, disregard for fact checking and suppression of news:

First off:  last week much of the shrieking on both left and right concerned a black man who attended a Health Care

rally in Arizona openly carrying an AR-15 rifle, and pistol holstered at his hip.  All legal, no threatening gestures made towards anyone in the crowd or anyone else for that matter.   In fact judging by the demeanor of those around him, they certainly didn’t perceive him to be a threat least of all to themselves.    CNN posts:” Obama at risk from gun-toting protesters?”  MSNBC then aired cropped video  footage of the same man yet cast him as a white man (36 seconds in), while the talking heads go on about how racist angry protesters might take a shot at Obama.

Apparently the MSM’s memory hole has obliterated any recollection of  the New Black Panthers openly sporting shotguns at the 2000 Republican Convention in Houston TX.   Where was the concerned pontificating about crazy militias (isn’t that what the Black Panthers are?) endangering the safety of GW?  What?  There wasn’t any?   In last weeks ‘reporting’  there wasn’t even a semblance of impartiality – no mention of similar events – as if the armed protests by the (presumably liberal) Black Panthers had never occurred.

Matt Welch at Reason Online summarises what is happening…..

Meanwhile, I can predict the kind of “hate” that will escape attention by the new desk. It’s the kind that assumes, lack of evidence notwithstanding, that we are always–but especially now that liberal Democrats run the country–on the verge of a race war. It’s the kind that takes a surface look at current events, luxuriates in historically ignorant alarmism, then proclaims that America itself is “delusional,” “irrational,” “hysterical.” You can’t get away with hating a (Democratic) president’s policies, or even a single policy, but hating on the country as a whole for failing to get on board? Well, that’s just journalism!

Secondly:  The sound of insects chirping as the MSM with the notable exception of the Wall Street Journal suppresses or at best ignores a ‘good news’ story coming out of the west bank via the International Monetary Fund.  It would seem that Palestinians living in the West Bank have won the economic lottery (real wage increases of up to 24% [!] and economic growth of 7%), whilst those lobbing rockets from the Gaza strip have not.  Or is it perhaps because security measures put in place by the Israeli’s have put an end to suicide bombers originating in the West Bank, coupled with a desire by Palestinians to get on with their lives, leaving the wreckage which is Gaza to the fascist Hamas?   Hmm….

I smell a rodent of unusual size….

You have been found out… 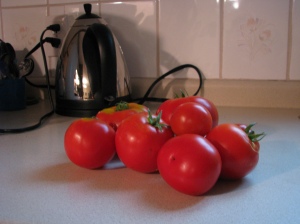 Ode to the Tomato – Pablo Neruta

The street filled with tomatoes
midday,
summer,
light is halved like a tomato,
its juice runs through the streets.
In December, unabated, the tomato invades the kitchen,
it enters at lunchtime,
takes its ease on counter tops,
among glasses, butter dishes, blue saltcellars.
It sheds its own light,
benign majesty.

Unfortunately, we must murder it:
the knife sinks into living flesh,
red viscera,
a cool sun, profound, inexhaustible,
populates the salads of Chile,
happily, it is wed to the clear onion,
and to celebrate the union we pour oil,
essential child of the olive,
onto its halved hemispheres,
pepper adds its fragrance,
salt, its magnetism;
it is the wedding of the day,
parsley hoists its flag,
potatoes bubble vigorously,
the aroma of the roast knocks at the door,
it’s time!
come on!
and, on the table, at the midpoint of summer,
the tomato, star of earth,
recurrent and fertile star,
displays its convolutions,
its canals,
its remarkable amplitude and abundance,
no pit,
no husk,
no leaves or thorns,
the tomato offers its gift of fiery color
and cool completeness. 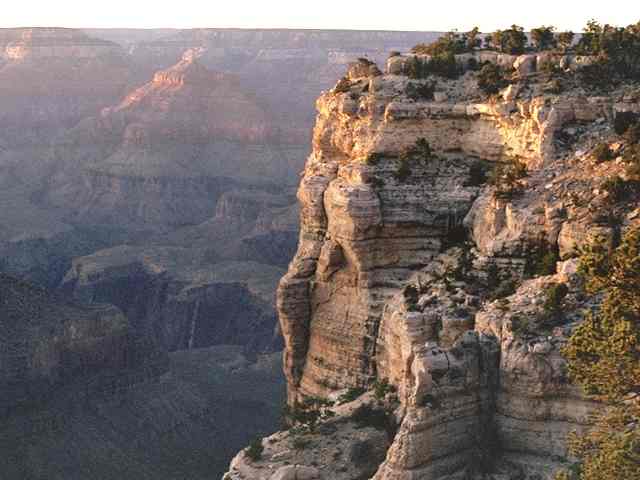